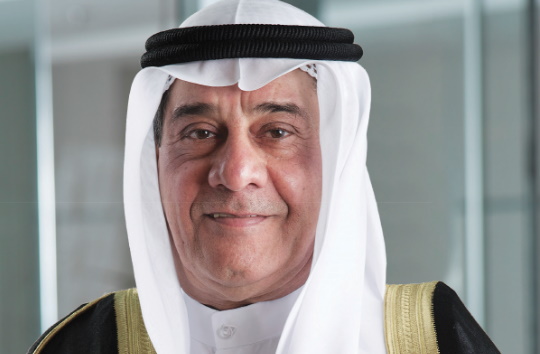 Venture Capital Bank (VCBank) B.S.C, the Bahrain-based Islamic Bank, has recently announced its financial results for the first quarter of 2021, corresponding to the three-month period ended 30 September 2020, in which the Bank reported a net loss of USD8.656 million, in comparison with USD1.030 million during the same period of the previous year.

Commenting on the financial results, VCBank Chairman Mr. Abdulfatah Marafie stated: "The year 2020 has been exceptional in every sense of the word, as all financial and economic institutions were affected by the challenges and repercussions of the outbreak of the Coronavirus (Covid-19) pandemic, and the sharp decline it has caused to profitability and revenues rates. However, VCBank has continued to adopt a flexible administrative and operational policy that enabled it to adapt to the new changes and bear the least possible losses."

Stating further, Mr. Marafie said: "VCBank is continuing to take active steps to improve profitability, shore up the Bank’s capital base and address the legacy situations in order to provide financial stability against any further provisions and position the Bank to return to growth. The Bank is also planning a modest capital increase in which shareholders will have the option of participating in cash or in kind, by way of contributing investment positions they have with VCBank to maintain their percentage shareholdings in the Bank."

The Chairman added: "VCBank is in advanced stages of further exits that it expects to announce shortly that will generate significant cash for VCBank. With our debt restructuring process close to completion and a healthy pipeline of income-yielding deals, we look forward to VCBank being able to restart its investment activities in the medium term, thereby generating revenue and cash flow, and returning to profitability."

For his part, VCBank Chief Executive Officer and Head of Investment and Post Acquisition Mr. Robert C. Wages stated: "The Bank is sparing no effort In the current period to accelerate the processes of exiting legacy investments and restructuring its balance sheet to moving forward towards returning to the path of financial stability, especially since VCBank is in advanced stages of further exits, that it expects to announce shortly, to generate significant cash for VCBank."

The Chief Executive Officer continued: "The decline in shareholders' equity is attributed to the allocation of USD6.1 million of provisions against certain corporate guarantees issued by the Bank related to its JAFCCO investment. Once operations are resumed at JAFCCO, a large portion of the provisions could be reversed. With respect to restructuring our debts, VCBank has finalized the agreements to settle its USD 70.7mn Wakala obligations and is expecting execution of the documents imminently. The debt obligation will be settled in-kind through transfer of various investment assets which will result in a cleaner and stronger balance sheet for VCBank, through budget reinforcement and burdens reduction."

"Additionally, VCBank has executed an agreement earlier this week to sell a 20% stake in QCon, including the 4.61% owned by VCBank. A remaining 7.27% stake will continue to be held by VCBank clients.